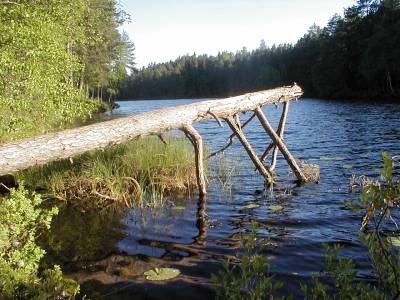 In order to get the really good ideas I have to get away from the computer. So I went to this lake and thought.

Contrary to the Internet, this lake does not have evil enemies that want to destroy me.

The "seed" of the idea appeared while I was walking to it (about five clicks uphill from a suburbial subway station). The analysis was done at the lake. Realizing the whole thing was a lousy idea came on the way back, including the alternative idea.

The alternative idea is Big. Really Big. Can't talk about it, sorry. Nice lake, isn't it?
Posted by Frank at 10:15 PM